Right on par with the rest of the year, I read six books in November: two nonfiction, one memoir, and three fiction books. In chronological order, the books I read in November were: 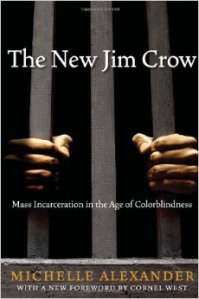 Michelle Alexander’s The New Jim Crow – This book should be recommended reading for everyone in the United States. I bought the book after a friend mentioned that she was reading it for her book club. I put off reading it for a good half year because I was scared that it would be too depressing for me to read. While it was extremely disheartening and made me furious at times, I think I am a better citizen and human being having read the book. I have recommended it to everyone in my law school classes, and I would sincerely urge you to read this too. 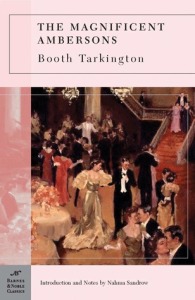 Booth Tarkington’s The Magnificent Ambersons – I already wrote about this pretty extensively because it is one of the Pulitzer winners on my list. As I’ve started reading the next winner on the list (Edith Wharton’s The Age of Innocence) I have noticed a similar obsession with automobiles and the changing urban social hierarchy. I’m really enjoying reading the Pulitzer winners in chronological order, because I think it’s helped me see similar trends and concerns during the 1920s. I’m interested to see if Booth Tarkington has new concerns in his next Pulitzer winner, Alice Adams. 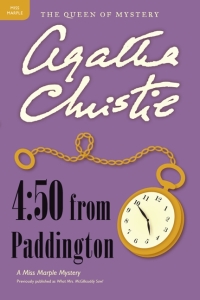 Agatha Christie’s 4:50 from Paddington – is part of her famous Miss Marple’s series. Miss Marple is an elderly spinster and amateur detective. In this book, Miss Marple’s friend witnesses a murder on a train that happens to pass the train that she is on. Miss Marple uses some deductive reasoning and tries to solve a crime based on very few facts. I was surprised to see that while she is the brains behind the operations, she isn’t really one of the main characters of the book. Is this how all Miss Marple books are? I may have to read another one to find out for myself! 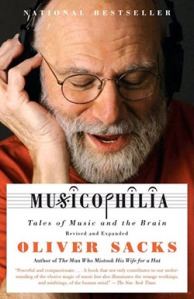 Oliver Sack’s Musicophilia – This is the book for our next book club meeting in December. While it’s not something that I may have picked to read myself, isn’t that the whole point of a book club? Oliver Sacks is a world renowned neurologist and in this book he examines how the brain and music are connected. The opening chapter is about a man who, after being struck by lightning, finds himself obsessed with Chopin and composing music, even though he had never showed an interest in or talent for music before his accident. Some chapters were absolutely brilliant, and I’ll be writing about them separately soon! 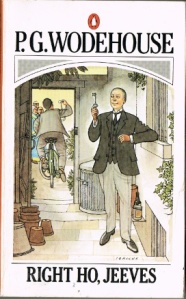 P.G. Wodehouse’s Right Ho, Jeeves – I will admit I was supposed to read this book in high school, but I never got around to it. If Agatha Christie is the queen of mystery cozies, then I’d argue that P.G. Wodehouse is the king of comedy cozies. The book is like a 230 page sitcom with witty banter and ridiculous situations and miscommunications. This was the first book by P.G. Wodehouse, and while I may not agree with Hugh Laurie that Wodehouse is the funniest writer in the world, I did enjoy the book and found it a lighthearted break in a month where I read some very serious things. 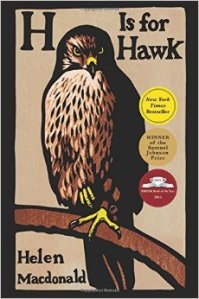 Helen Macdonald’s H is for Hawk – I’ve seen this book all over the news and Internet this year. The NYTimes recently named it one of the 100 Notable books in 2015. After Helen’s father unexpectedly dies, Helen turns to raising a goshawk as a coping mechanism. She also examines famed writer T. H. White and his experiences in raising a goshawk. Despite all the hype around the book, this is one of the few books I’ve read that absolutely exceeded all of the hype. Words can’t describe how incredible the books is – her writing is clear, lyrical, and an absolute kick in the teeth. I devoured the book and plan on rereading it in the near future.

Of the books I read this month, I am begging you to read The New Jim Crow and H is for Hawk. These are books that will absolutely change your life.

I can’t believe it’s almost December – there are still so many books that I want to read! I’m currently reading The Age of Innocence, and I hope to get through I am Malala and Alice Adams. What about you? What did you read in November? What are the books you’re trying to read before the end of the year?

6 thoughts on “Books I Read in November”