I would call Sinclair Lewis’ Arrowsmith a “pretty serious book”, but one of my favorite things about it is its setting within the Prohibition Era. We see the protaganist, Martin Arrowsmith, going into speakeasies with his friends and sneaking into the back rooms of warehouses alongside the general public warnings on the dangers of drinking and gambling. I think this especially stood out to me as the other Pulitzer winners set in this era have all shied away from any mentions of drinking. Without further adieu, I invite you to The Ice House in the West Indies to join Martin Arrowsmith for his signature “rum swizzler.”

This is Barrio 47, but I imagine The Ice House is similar to this

The Ice House, that dimmest and most peaceful among saloons, with its cool marble tables, its gilt-touched white walls, had not been closed, though only the oldest topers and the youngest bravos, fresh out from Home and agonizingly lonely… were desperate enough to go there, and of the attendants there remained only one big Jamaica barman. By chance he was among them all the most divine mixer of the planter’s punch, the New Orleans fizz, and the rum swizzle. 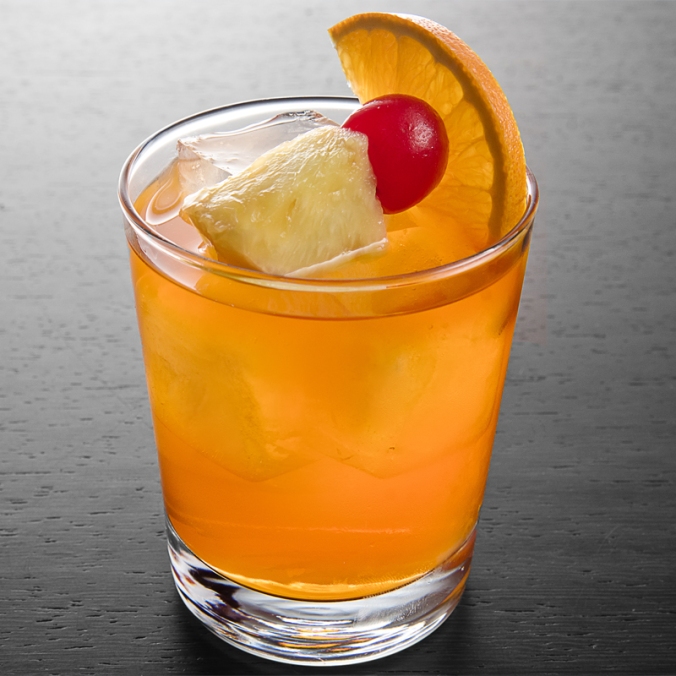 Shake vigorously with crushed ice, and then garnish with pineapple, oranges, maraschino cherries, and any other tropical fruit that catch your eye.

Although I’m glad we no longer have this law, it’s a period of time that I don’t know much about and am intrigued by. I suppose finding a book on the Prohibition should be added to my to-do list!

6 thoughts on “A Literary Cocktail Party inspired by Arrowsmith”