On love, on grief, on every human thing.
Time sprinkles Lethe’s water with his wing.

“On Love, on Grief” by Walter Savage Landor

Fun fact: Lethe is the river of forgetfulness – one of the five rivers of the underworld of Hades. Anyone who drank from it would lose their memory.

Ye examined Feng. The kerosene lamp was a wonderful artist and created a classical painting with dignified colors and bright strokes: Feng had her coat draped over her shoulders exposing her red belly-band and a strong, graceful arm. The glow from the kerosene lamp painted her figure with vivid, warm colors, while the rest of the room dissolved into a gentle darkness. Close attention revealed a dim red glow, which didn’t come from the kerosene lamp, but from the heating charcoal on the ground. The cold air outside sculpted beautiful ice patterns on the windowpanes with the room’s warm, humid air.

Something a little different this time from the usual painting & poetry pairings. Sometimes a paragraph from a novel has the same striking imagery that has me reaching for my notebook. 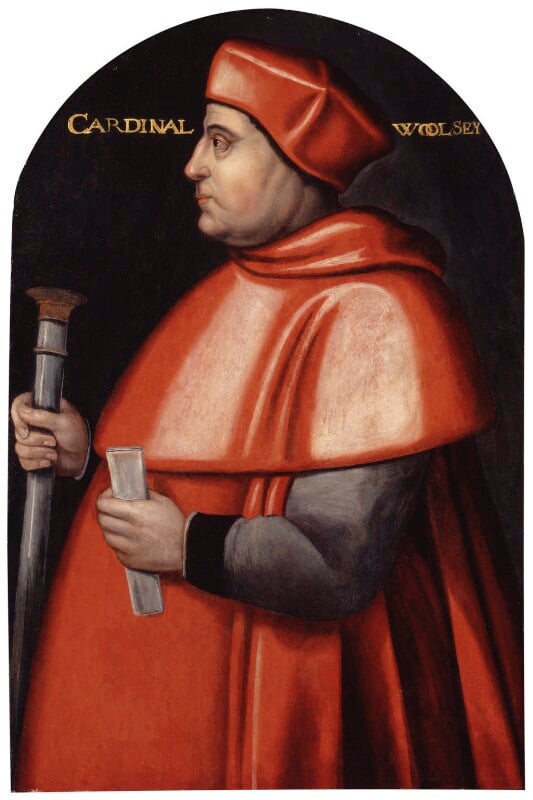 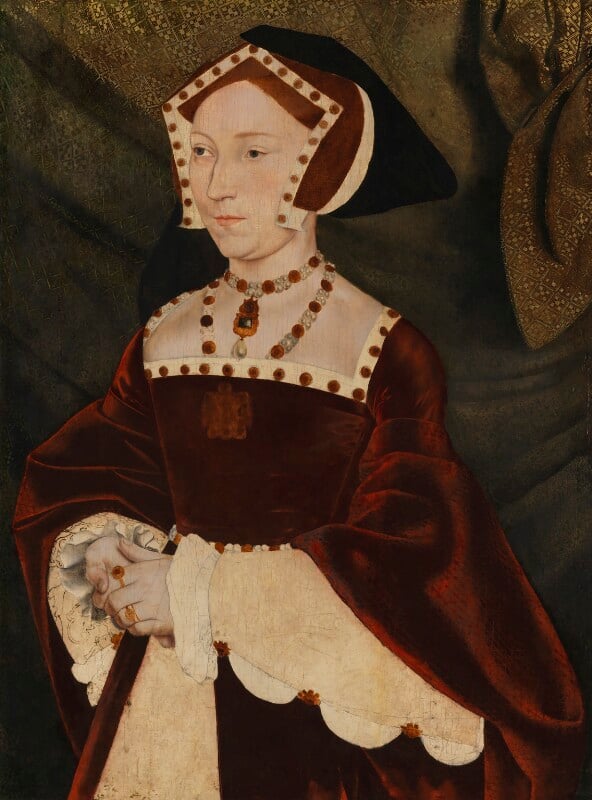 “I have nothing to say and I am saying it and that is poetry.” — John Cage

Thomas Hardy references a few artists in Far From the Madding Crowd and seems particularly influenced by those in the Dutch Golden age. The Golden age, which spanned the 17th century, paralleled the Baroque movement going on around much of Europe but favored realistic details over idealistic styling. In this time, many believed there was a hierarchy to paintings, listed here in descending order:

The Dutch Golden Age saw numerous paintings produced in the “lower” groups. It is fitting that Hardy, who spends much of the novel describing the natural world surrounding his characters and developing his land of Wessex, would mostly reference the landscape artists of this time.

“but the grey, after years of sun and rain, had been scorched and washed out of the more prominent locks, leaving them of a reddish-brown, as if the blue component of the grey had faded, like the indigo from the same kind of colour in Turner’s pictures.”

J M W Turner (1775 – 1851) is an English Romanticist landscape painter. Like Hardy, he had a beginning in architecture. Turner is called “the painter of light” and is well known for his maritime scenes. He is also credited with elevating landscape paintings to the same status of historical paintings in his time. Despite the fact that more durable pigments existed at the time, Turner used paint materials that looked pleasing when freshly applied but faded very quickly, which Hardy may have been alluding to in the quote above.

Goldau and Fishermen at Sea

“The beauty her features might have lacked in form was amply made up for by perfection of hue, which at this winter-time was the softened ruddiness on a surface of high rotundity that we meet with in a Terburg or a Gerard Douw; and, like the presentations of those great colourists, it was a face which kept well back from the boundary between comeliness and the ideal.”

Gerard Terburg (also ter Borch) (1617 – 81) is a Dutch painter in Dutch Golden age known for his genre scenes and work with cloth textures. Gerard Douw (also Gerrit Dou) (1613 – 75) is another Dutch painter who lived in the Dutch Golden age. He was a pupil of the renowned Rembrandt and is known for his genre scenes and use of trompe l’oeil and strong chiaroscuro to create 3D forms. (For non-art people like myself, trompe l’oeil is French for “deceive the eye” and refers to creating the optical illusion that the subjects painted exist in 3D by using perspective. Chiaroscuro refers to the technique of using strong contrasts between light and dark tones to create 3D forms via highlights and shadows).

Lady at her Toilette (Terburg) and Girl Chopping Onions (Douw).

“The rain had quite ceased, and the sun was shining through the green, brown, and yellow leaves, now sparkling and varnished by the raindrops to the brightness of similar effects in the landscapes of Ruysdael and Hobbema, and full of all those infinite beauties that arise from the union of water and colour with high lights.”

Jacob van Ruisdael (Ruysdael) (1628 – 82) and Meyndert Hobbema (also Meindert) (1639 – 1709) are both Dutch landscape painters in the Golden age. Hobbema was actually a pupil of Ruisdael, who was considered the landscapist of his time. Ruisdael comes from a family of painters (his father, uncle, and cousin were painters as well). Nearly 700 paintings have been attributed to Ruisdael (though it is difficult to be sure when he and his family all signed using their last names), and his works went on to influence many following movements including the American Hudson River School. Both Ruisdael and Hobbema are known for their extraordinarily detailed portrayals of natural forms.

“The strange luminous semi-opacities of fine autumn afternoons and eves intensified into Rembrandt effects; the few yellow sunbeams which came through holes and divisions in the canvas, and spirted like jets of gold-dust across the dusky blue atmosphere of haze pervading the tent, until they alighted on inner surfaces of cloth opposite, and shone like little lamps suspended there.”

Rembrandt (1606 – 1669) (also a Dutch painter in the golden age) is the most well known artist that Hardy references. Unlike the other painters on this list, Rembrandt’s works span across all types of paintings, not only landscapes. Known for his use of chiaroscuro, he is sometimes called the King of Shadows.

Philosopher in Meditation and Landscape with a Stone Bridge

You do not have to be good.
You do not have to walk on your knees
For a hundred miles through the desert, repenting.
You only have to let the soft animal of your body
love what it loves.
Tell me about your despair, yours, and I will tell you mine.
Meanwhile the world goes on.
Meanwhile the sun and the clear pebbles of the rain
are moving across the landscapes,
over the prairies and the deep trees,
the mountains and the rivers.
Meanwhile the wild geese, high in the clean blue air,
are heading home again.
Whoever you are, no matter how lonely,
the world offers itself to your imagination,
calls to you like the wild geese, harsh and exciting —
over and over announcing your place
in the family of things.

A solid quarter
of it is blotted burnt umber
for the hull, a scripted curve, as if color
bricked over and over
could send a sailboat blowing from the canvas as matter.

Similar:
shipping the goddess from a backwater
then setting her up here.

And I’m the golden retriever.

Eyeballed from behind, female with yellow hair
contending with a hawser.

Manifestly unafraid to show my rear.

“Sip antiquity from my spot on the Tiber!”

Not everyone is born to be a master.

He did sketch Michael roosting with his sword
on the grave of the Roman emperor
in perspectival miniature,
echo of the statue in the fore.

More on her later,
all the eunuchs and bees you can muster.

If you had to name the gesture
of the frontman with the beard
and frock of a Church Father
gaping at me from the future,
you could do worse than basta—hands perpendicular
to the ground, each white palm a semaphore,
head tilted halfway between concern
and something he won’t declare.

To all the girls Bernini loved before
I’d say, caveat emptor.

The deathless ars
longa, vita brevis guys will have me clutch a carved
toy boat but this provincial follower
of Raphael goes for the ocean liner.

Reality’s my kind of metaphor.

The heavens circulate with the times on the far
horizon and I don’t have anywhere
to be except this unambiguous shore.

Happy Friday, pals! To kick off the weekend, here’s a painting pairing that I’ve been thinking about a lot lately as I make my way through Jana Prikyrl’s The After Party. Here’s an interesting interview she did about this poem.

You fit into me
like a hook into an eye

a fish hook
an open eye

Black in the fog and in the snow,
Where the great air-hole windows glow,
With rounded rumps,

Upon their knees five urchins squat,
Looking down where the baker, hot,
The thick dough thumps.

They watch his white arm turn the bread,
Ere through an opening flaming red
The loaf he flings.

They hear the good bread baking, while
The chubby baker with a smile
An old tune sings.

Breathing the warmth into their soul,
They squat around the red air-hole,
As a breast warm.

And when, for feasters’ midnight bout,
The ready bread is taken out,
In a cake’s form;

And while beneath the blackened beams,
Sings every crust of golden gleams,
While the cricket brags,

The hole breathes warmth into the night,
And into them life and delight,
Under their rags,

And the urchins covered with hoar-frost,
On billows of enchantment tossed
Their little souls,

Glue to the grate their little rosy
Noses, singing through the cosy
Glowing holes,

But with low voices like a prayer,
Bending down to the light down there,
Where heaven gleams.

—So eager that they burst their breeches,
And in the winter wind that screeches
Their linen streams.