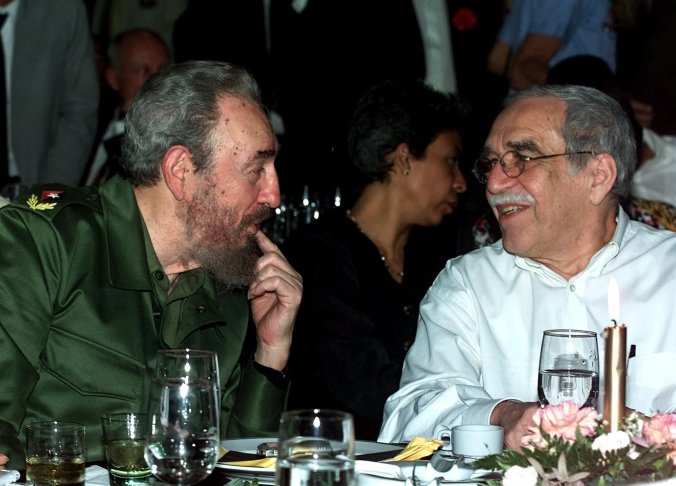 “When I first uncrated these birds, in my frenzy I said ‘I want so many of them that every time I go out the door, I’ll run into one,’” O’Connor wrote in her essay “The King of Birds.” It was not long before she got her wish. Andalusia, then a working dairy farm crowded by cattle and farmhands, was soon dotted by dozens of peacocks.

This week, we posted:

This weekend, I’ll be re-reading The Magicians, watching a lot of television and working on a paper for class. Wherever you are, I hope you have lots of candy, warm socks, and a comfortable couch!

September was a very crazy whirlwind kind of month. I took a trip to Alabama, threw a party, got sick, recovered & got sick again, and have been scrambling to be prepared for my classes in my free time. I was genuinely expecting not to have time to read at all, so looking back I was pleasantly surprised to have read 7 books this month. There were a lot of hits, and a few misses. I present to you, in chronological order:

Haruki Murakami’s The Wind-Up Bird Chronicle – The book starts with the search for a missing cat and quickly derails into something else entirely. The characters in this book are some of the more magical and intense ones that I have encountered in his books, and I loved how he interspersed the novel with memories and other people’s stories. I loved the story of the zoo keeper, which seems to be a recurring motif in this month’s books. Murakami is able to turn the most gruesome and horrific things into a surreal and dreamlike kind of horror. When the book is over, you feel like you are coming out of a long trance – which to me, is such a specific feeling and experience that comes from reading a Murakami. 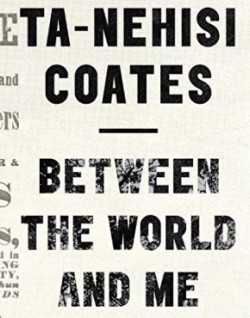 Ta-Nehisi Coates’ Between the World and Me – This book is constructed as a letter to Coates’ fifteen-year-old son about the realities of living as a Black man in America. I have had a hard time processing this book, which I think is precisely Coates’ objective.The book forces you to confront a lot of difficult issues; it will outrage you and make you want to cry. It will make you feel like there is no light at the end of the tunnel, but I think by doing that, it forces you to try to come up with solutions and start a conversation with other people.

Helen Fielding’s Bridget Jones Mad About the Boy – Over fifteen years since we last saw Bridget Jones, Helen Fielding’s third book picks up with a middle-aged Bridget. A lot has changed, she is in her fifties, has two children, and has been widowed. However, Bridget has not changed much otherwise, she may have even regressed – she just has more on her plate. Now she counts both calories eaten and nits found in her childrens’ hair, Twitter followers gained and number of parents enraged. I’d say skip the book and hope Renee Zellweger signs on for a third movie. 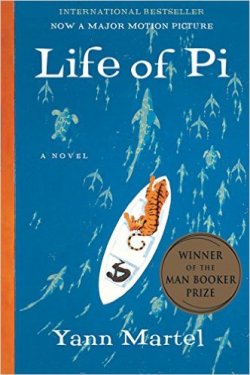 Yann Martel’s Life of Pi – It only took me a few years, but I finally got around to reading Life of Pi. I have even been putting off the movie until I’ve read the book. One problem with reading a book so many years after its critical acclaimed debut is that your expectations are too high. I was definitely a little underwhelmed by the book, although I would still want to watch the movie. There were a few parts that I really loved, and I loved the ending of the book as well. Interestingly, this is the second book I read this month with a main character whose father was a zookeeper. Isn’t that a funny coincidence?

Emma Donoghue’s Room – I already wrote about Room earlier this week. I am really looking forward to the movie this fall. The book was loosely inspired by the true facts of the Fritzl case, which emerged in Austria in 2008. It’s an absolutely horrifying story of a woman named Elisabeth who was hidden and held by her father for 24 years. I have kind of struggled over whether it is wrong for me (and others) to find pleasure in some of these horrific stories, whether it’s a book like this or watching a violent crime show. What do you think? I think on the one hand it can either show the beauty and resilience of human nature, on the other, is it making us less sensitive to the real-life crimes occurring around us?

Aziz Ansari’s Modern Romance – I also wrote about this earlier this week (I am getting better about writing timely reviews!) so I will leave you with a quote.

“Spend more time with people, less time in front of a screen, and—since we’re all in it together—be nice to people.” 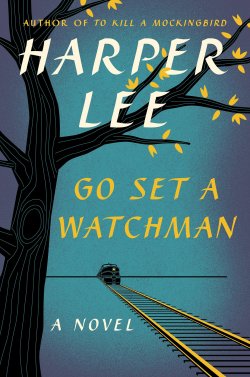 Harper Lee’s Go Set a Watchman – The much anticipated and controversial follow up to To Kill a Mockingbird has left me struggling to reconcile it with the characters that I grew up with and loved. I have been reading a lot of reviews and think pieces about this book now that I’ve read it for myself. I will say that I found the flashbacks to be absolutely perfect: Jem, Scout & Dill playing in their backyard in the summertime, Scout’s first school dance. Harper Lee shows us that she has always possessed a really wonderful way with language and vocabulary. Her wit is as sharp as ever, and I found myself barking with laughter at parts, but cringing through other parts.

If you only read one book from this list, read Ta-Nehisi Coates’ Between the World and Me. What did you read in September? What should I read in October?

Aziz Ansari’s Modern Romance was the book club pick for our October meeting. In it, Aziz teams up with a sociologist named Eric Klinenberg to research how people today navigate the “minefield called dating.” In case you didn’t know (are you living under a rock?), Aziz Ansari is a comedian best known for his Netflix comedy specials and his role in Parks & Recreation (see below):

I have loved Aziz for quite some time now, because he is a Southern minority in New York City, just like me. However, I had a long standing bone to pick with him. A lot of his previous stand up revolved around how hard it was to get a date in New York, which is fine, except I would see him walking around the East Village on dates with beautiful women all the time. It was hard for me to reconcile the celebrity-comedian with the awkward-lonely man he wanted us to think he is through his stand up.

Modern Romance seemed like a nice answer to this. Aziz is now in a loving relationship and is giving the rest of us advice on how to get what he has. He talks about the trials and tribulations of online-dating while admitting he’s never tried it because of his fame. While the book is definitely written in his voice, it doesn’t offer many new insights nor does it serve as a self-help book. The highlights are when Aziz offers personal anecdotes and the lowlights are when he turns to Reddit and study groups to prove that Argentinian men are aggressive and always on the prowl. There are some nice moments though, and I found Aziz to be a thoughtful and insightful writer.

“With so many romantic options, instead of trying to explore them all, make sure you properly invest in people and give them a fair chance before moving on to the next one.”

However I still expected more from you, Aziz. I didn’t really need to read your book to learn that having too many options on Tinder can lead to a fear of commitment. I wanted more humor and less statistics from you!

If you are curious, I would recommend the audiobook over the book. Aziz reads for the audiobook, and I think it’s a nice treat to hear his voice reading his own words. Otherwise, I would suggest just watching the two-hour Netflix special or the below video from their book release at the Strand instead of reading the book. You’ll get all the same facts and jokes in half the time.

I would recommend this book to hardcore fans of Aziz & people who can borrow the audiobook from the library or have never read anything about dating in today’s society.

Have you read this book? What did you think?