It’s always a good idea to keep a list of words you don’t recognize while you read through a book. For me, some words become very closely associated with where I first read them (cul-de-sac I first saw in The Hardy Boys in third grade). Here is my newly learned vocab list after reading The Girls of Corona del Mar.

But when Lorrie Ann and I were girls, Corona del Mar was half empty, somewhat decayed, beautifully perfumed. Always there was jasmine on the wind, or the subtler, greener scent of potato vine, or the almost hostile peppery scent of bougainvillea. — Rufi Thorpe

I love passages about scents, which are after all closely linked to memory, and, having recently moved just one hour north of Corona del Mar myself, was interested in this description. From my experience, I have seen a lot of jasmine, lavender, and rosemary planted around neighborhoods and corporate buildings alike. I also think that southern California has a lot of “greener” scents that don’t trespass into the floral scents. Where I disagree with Thorpe is the bougainvillea, which I have never thought of as having a strong scent let alone a hostile one. Most species, including the one I’ve seen most abundantly in LA, are almost odorless. I have also recently been getting interested in perfumes and how they are made.

Naturally, I tried to imagine how this scent might smell as a perfume and to find a similar, already existing product. Perfumes have three chords that relate to the volatility of the molecules. The top notes (“head”) of a perfume are what you smell first and thus gives the first impression of the perfume. The middle notes (“heart”) appear after the top notes have dissipated. These notes last for a few minutes and give a fullness to the perfume. The base notes (“body”) are the scents to emerge last and which stay the longest. They are typically richer and add complexity to the perfume. With that in mind, I think a perfume to capture Corona del Mar based on Thorpe’s description would open with very sweet top notes, such as jasmine and lavender, and maybe just a touch of citrus, which is pretty abundant in southern California. For the middle notes, I would introduce a light touch of spices such as cardamom and cloves as a substitute for bougainvillea along with some wood aromas like teak. I think the base note of California would be the smell of dirt, but I guess that’s not really common in perfumes. Maybe something like sandalwood or rosewood or vetiver?

Since I don’t have a lot of experience with perfumes (in fact I just bought my third bottle ever recently), I relied heavily on the community at Fragrantica to find a perfume that matched my idea of Corona del Mar. 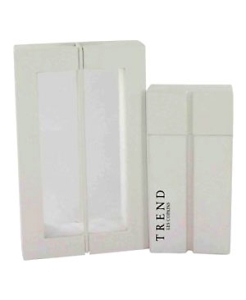 Trend Lei by Les Copains for Women
This perfume from 2001 opens with bergamot, peach, cardamom, and violet leaf. The middle notes are jasmine, iris, lily, and cinnamon. The base notes are sandalwood, patchouli, vanilla, and musk. It is a little spicy, a tiny bit floral, and woody fragrance. One reviewer calls it “good for youths, very optimistic.” 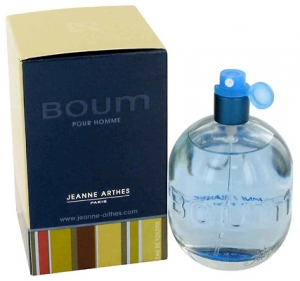 Boum Pour Homme by Jeanne Arthes for Men
Described as a woody spicy fragrance, it has top notes of rosemary and lemon. Middle notes are nutmeg, lily, tea, jasmine, cloves, and cardamom. Base notes are sandalwood, patchouli, musk, vanilla, and cedar. Reviewers say it is “perfect for the summer daytime” and “refreshing, comfortable… simple.”

Nio by Xerjoff for Men
Part of the Shooting Stars Collection, this perfume is meant to be elegant and romantic. It opens with neroli, bergamot and green notes, has delicate middle notes of nutmeg, cardamom, jasmine, and pink pepper, and has base notes of vetiver, amber, Virginia cedar, patchouli, and Guaiac wood. Reviewers describe it as “simple,” “natural,” and evokes memories of “the sun on a bright spring day.”

The Girls from Corona del Mar by Rufi Thorpe is “an astonishing debut about friendships made in youth” and follows the friendship between childhood girlfriends Mia and Lorrie Ann. Mia, the narrator, and her boyfriend live in Istanbul for the majority of the book while translating the poems, written in cuneiform, of the Sumerian goddess Inanna. Mia is quickly drawn to the goddess (as was Thorpe in real life) and sees points of Inanna’s journey as a parallel to both her friend’s decisions/difficulties as well as her own.

I had no prior knowledge of ancient Mesopotamian deities and thought it would be a nice topic for some cursory digging. Inanna is one of the “seven gods who decree” just under the primordial beings and above other gods. She is the queen of heaven, the goddess of love and war; of heaven and earth, and many things in between — of grain, of fertility, of emotions. I came across a description of her that I like, that she is the image of “the feminine beyond the merely maternal.” She has been described as violently aggressive but also compassionate and “great-hearted.”

While she is mentioned in many myths and hymns, a few of the websites I came across break her story down into four main parts. In the first, (Inanna and the Huluppu-Tree), at the beginning of time, when the sky and earth were separating, there was a terrible storm that uprooted a huluppu tree. Inanna rescued it and planted it in her “sacred grove,” where it thrived. However, soon three creatures took the tree for their home: a snake in the roots, a lilitu or female spirit in the trunk, and the Anzu bird in the branches. The warrior Gilgamesh defeated the snake – and the other two fled. He cut the tree down and gave the trunk to Inanna, who wanted to make herself a chair and a bed of the wood. The Huluppu tree is thought to possibly be the World Tree, which connects the heaven, the earth, and the underworld.

In the second, Inanna and the God of Wisdom, Inanna tricks her maternal grandfather Enki, the god of wisdom, into giving her all these great gifts while he is drunk. The gift of woodworking and metalsmith, of creating order in cities as well as of plundering, of grief and joy, and so on. She in turn brings knowledge and culture to the city Uruk, where she was prominently worshiped.

In the third, The Courtship of Inanna and Dumuzi, Inanna takes the shepherd Dumuzi as her husband. Though she is first resistant to the idea of the marriage, she comes to love him very deeply. “He is the lettuce planted by the water / He is the one my womb loves best.” They start a family together.

Finally, in the fourth and most famous of her poems, The Descent of Inanna, she abandons heaven and earth and all their riches to descend to the Underworld. As a safeguard, she fashions seven items (to represent the seven characteristics of civilization: social structure, stable food, government, religion, writing, culture, technology) to wear on her descent. She further warns her most trusted servant, Ninshubur, to get her father’s help if she should not return. The queen of the underworld is furious when Inanna shows up with her crown, golden hip girdle, her lapis earrings, and royal clothes. She locks the seven gates of the underworld. To pass through each one, Inanna must remove one of her seven items. So she arrives in the throne room of the underworld totally naked. The queen kills Inanna and hangs her corpse from a hook on the wall.

Three days after Inanna’s descent, Ninshubur begs Inanna’s relatives for help. Her father and paternal grandfather refuse. It is finally Enki who agrees to help. He creates two creatures and tasks them with traveling to the underworld, tricking the queen with flattery, and asking for a single gift: Inanna’s corpse. Then, they must sprinkle her body with the food and water of life, and she will rise.

The judges of the underworld, the Annuna, insist that someone must die to take Inanna’s place and send the galla, demons of the underworld, back to earth with her. The galla try to take Ninshubur, but Inanna refuses. Then they try to take her sons, which she also refuses. When Inanna arrives to the city of Uruk, her husband is sitting on the throne and shows no signs of mourning. She lets the galla take him, even though she cries bitterly for him.

Inanna and the Huluppu Tree

The Courtship of Inanna and Dumuzi